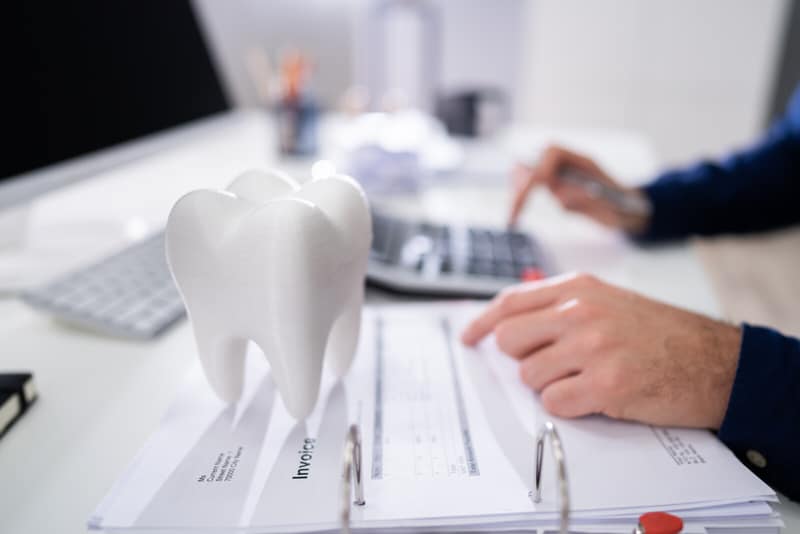 Illegal dental billing practices have become increasingly prevalent in the modern-day age. The effects of such practices rarely remain contained to just insurance companies that get defrauded. Instead, the adverse spillover effects of practices such as dental insurance fraud expand to the patients, dental staff, and the dentists as well.

The various types of dental fraud range from the misrepresentation of the practitioner to the hiding of the exact cause of the problem that requires treatment.

Ways of doing this intentionally can include misreporting procedures for the added insurance benefit, that is, reporting one procedure with another’s name that is covered by the insurance to gain financial benefit. Another way misreporting would work is by exaggerating the procedure that has actually been performed. This results in dentists overcharging patients making use of their knowledge of the issue, and unnecessarily charging extra for a simple treatment procedure, a classic example of the adverse selection problem and asymmetric information.

The most common ways of committing dental insurance fraud include charging customers extra, as explained in the earlier example, exaggeration of the procedure itself (a practice known as ‘upcoding’), an underreporting of the claims a particular patient is making on the same procedure, overusing codes in claim forms, such as billing the consultation session, required medicines, essential tools that are utilized and the procedure itself, when the procedure already included these bills (a practice known as ‘unbundling’).

What is the Effect of Illegal Dental Billing Practices?

The practitioner might face severe penalties and have their licenses revoked even if they are not completely aware of the fraud they are committing. Errors in filing insurance claim forms, intentional or unintentional, would result in serious legal action against the person who commits it if it is reported.

The effects of dental billing fraud also result in overcharging patients. Victims of such fraud are a common sight, with many being subject to exploitation due to their limited knowledge of what procedure has been conducted, and in instances, these victims being exposed to serious health threats due to the performing of unnecessary and often dangerous practices on them for the financial motive.

According to estimates of the NHCAA, the loss due to fraud in the health sector exceeds an annual $300 Billion. With a growing dental industry, this would mean that a considerable part of this loss would be occurring due to illegal dental billing practices.

Having such significant problems attached to them, one begs the question of why these practices exist in the first place. The motives behind dental billing fraud can be summarized to:

For instance, the wrong code for dental practice has been entered by the staff at a practitioner’s clinic, or the incorrect patient ID has been entered. Such an approach is often not deliberate and does not benefit the person who accidentally commits it. However, the negative implications still exist. Proper training mechanisms should be put into place to minimize the accidental misrepresentation of data.

The most obvious cause of defrauding in any instance is the financial motive. Through the misrepresentation of the practice or the patient, the defrauders aim to earn more money when less is owed to them by the insurance companies. It should be understood that the negative implications of fraud to the dental ecosystem and the individual effects of committing a financial felony far outweigh a few extra monetary units.

In order to increase customer loyalty and overall experience or to break the social stigma of dental health being expensive, the dental health practitioners may misrepresent the procedures to aid the customer in gaining financial benefit. In this act, however, both parties commit fraud and are subject to the negative effects of it. A better practice would be to implement more efficient strategies and practices to cut down costs in clinics and pass this benefit to the customer or have better customer care to establish loyalty.

How to Stay Safe from Dental Billing Fraud?

Practices can be implemented to tackle illegal dental billing practices and safeguard oneself from adversities. From the dentist’s perspective, helpful tips include:

From a patient’s point of view, practices to protect themselves from fraud can include:

We use cookies on our website to give you the most relevant experience by remembering your preferences and repeat visits. By clicking “Accept All”, you consent to the use of ALL the cookies. However, you may visit "Cookie Settings" to provide a controlled consent.
Cookie SettingsAccept All
Manage consent

This website uses cookies to improve your experience while you navigate through the website. Out of these, the cookies that are categorized as necessary are stored on your browser as they are essential for the working of basic functionalities of the website. We also use third-party cookies that help us analyze and understand how you use this website. These cookies will be stored in your browser only with your consent. You also have the option to opt-out of these cookies. But opting out of some of these cookies may affect your browsing experience.
Necessary Always Enabled
Necessary cookies are absolutely essential for the website to function properly. These cookies ensure basic functionalities and security features of the website, anonymously.
Functional
Functional cookies help to perform certain functionalities like sharing the content of the website on social media platforms, collect feedbacks, and other third-party features.
Performance
Performance cookies are used to understand and analyze the key performance indexes of the website which helps in delivering a better user experience for the visitors.
Analytics
Analytical cookies are used to understand how visitors interact with the website. These cookies help provide information on metrics the number of visitors, bounce rate, traffic source, etc.
Advertisement
Advertisement cookies are used to provide visitors with relevant ads and marketing campaigns. These cookies track visitors across websites and collect information to provide customized ads.
Others
Other uncategorized cookies are those that are being analyzed and have not been classified into a category as yet.
SAVE & ACCEPT